History of Hong Kong
One of the Factors
Shaping This City

The History of Hong Kong may not be as long as its mother country, China. To many people, this is a boring subject.  Although it was comparatively short period of time, there were ups and downs which have created a crowd of strong people.  The most important of all....it made Hong Kong, "Hong Kong". 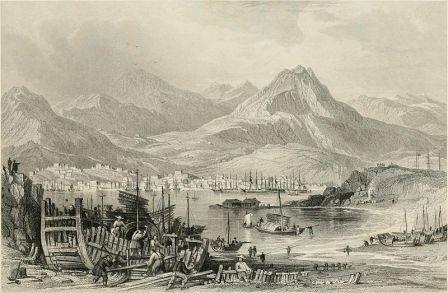 People in this picture might look like any Chinese in China. Hong Kong was just a small fishing village for many years until the British rule which changed everything.

Early influences from Mainland China then various periods of outside contacts to the British rule and now the hub of all things East meet West.

There were many incidents during the history of Hong Kong that my grandparents, parents, my family and I thought that we would never survive. But we all made it. Just like any human civilization, that is part of the history and we happened to witness it and live with it. And we were proud to be part of it and share the first-hand stories.

We will separate the History of HK into 5 eras:

1) Hong Kong History before 1842 - Starting at least since the Han dynasty (206-220 BC) up through the years of the early British colonial rule.

2) Hong Kong History 1842-1898 - The Chinese lost the First Opium War and signed the very first unequal treaty, the Treaty of Nanjing in 1842. The Hong Kong Island was ceased to Britain.

3) Hong Kong History between 1898 - World War II - The British colonial rule played a very significant role during this period. Like many people during this period of time, my grandparents survived and witnessed the cruelty of wars. I will share some of their stories.

4) Hong Kong History after World War II - 1949 - This period of time was mainly restructuring the whole society financially, politically, emotionally and environmentally. This was the time when my parents were born. They saw how their parents struggled every day.

5) Hong Kong History 1949 - 1997 - From World War II onwards, some people in my family including myself have been eye-witnesses to history happening. I will be glad to share those moments with you. 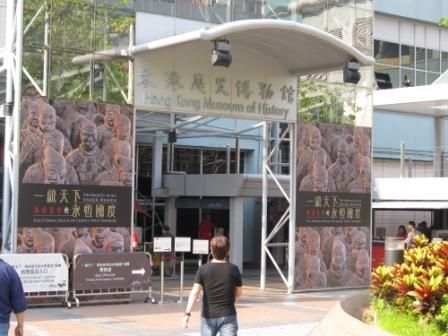 A great way to learn about Hong Kong's History is to visit many Hong Kong Museums, historical monuments, special Gardens and also don't miss out on a reproduction of an ancient Temple.

Nothing better than taking a virtual tour from the very beginning till the present by checking out the Hong Kong Museum of History.