Believe it or not, there is NO capital of Hong Kong.  Also, here is a scene to behold.  Any capital in the world is like a ghost town during the weekends.  But definitely not here in Hong Kong.  It is still very crowded, but with a completely different crowd. 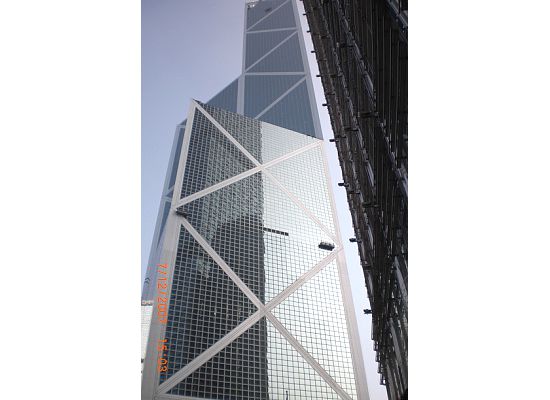 Here is what we are going to do and check out in the capital of Hong Kong, Central.

I will start out from the Former Government House first.  Then, we will move on to the core of this metropolitan area.

After that, we will move uphill again where you can check out the attractions, entertainment and dining places.

Central, Hong Kong, is the metropolitan area. It is the "capital" of finance, government and all commercial activities of this city.

The Legislative and Executive Councils are in Central. The Government House, which is the official residence of the Chief Executive of Hong Kong, is also located in the same area.

It only opens to the public twice a year.  Hong Kong people always love to go to the one in spring to appreciate the azaleas and Bauhinia blossom.  In fact, during their blossom, you will find that they are everywhere along the road going uphill to the Government House.

I remember we went to the Government House for this festivity when I was a child.  Back then, Hong Kong was still under the British colonial rule.  The place was gorgeous.  Together with the azaleas and Bauhinia, it was like a picture of a dream house on the magazine.

However, you will only find out the open days through press release.  And it is only a week advance.  In other words, it is difficult for anybody to make traveling plans ahead of time.

So, here is a way to take a good peek of it:

1) Take Bus # 23B (start out from Braemar Hill to Park Road/Mid_levels; this is a circular bus route) @ Pacific Place Mall if you head over in the direction of Dr. Sun Yat-Sen HK Museum or Hong Kong University .

a) #3B - start out from Central (Rumsey Street) to Pokfield Road

b) #40 - start out from Wah Fu (North) - Wan Chai Ferry Pier
(If you happen to get off the bus at Wan Chai, you may want to take the advantage of
going across the street to take the Hong Kong Star Ferry to Tsim Sha Tsui, Kowloon.
Or, check out the Hong Kong Convention and Exhibition Centre where a major event in
Hong Kong history happened back in 1997.)

3) If you are coming from Kowloon Peninsula way, take Bus #103 starting from Chuk Yuen Estate to Pokfield Road.

Make sure to get on the upper deck window seat so that you can see the HK Government House. You may see the tennis court, swimming pool and the main building.

Before and after the bus passes by the Hong Kong Government House, you will see a lot of old European architectures, such as St. John's Cathedral.  They will give you some ideas of how this city looked like during the colonial rule.


View Capital of Hong Kong in a larger map

The map above shows you the major buildings, company headquarters and so forth which explains why Central is the "Capital" of Hong Kong. 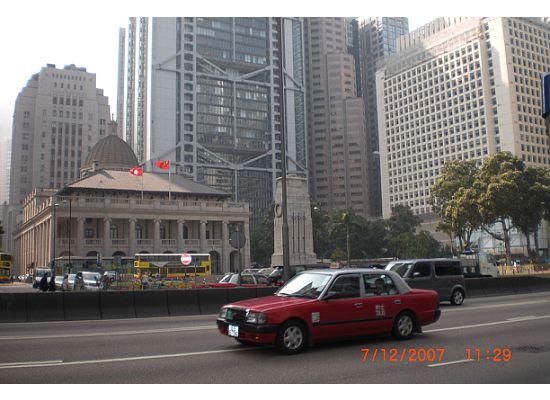 (anti-clockwise from the building with the flags) the Legislative Council Building, HSBC Tower, the Standard Chartered Bank Building, the Mandarin Oriental Hotel and the Statue Square with its Cenotaph

Other Government Buildings in the
Capital of Hong Kong

Ok, just pretend that I am your tour guide right now.  What you are going to read, it will just like a tour actually walking on the streets of Central, capital of Hong Kong.  So, when you travel in Hong Kong, feel free to use this information while you appreciate the architects.

The Legislative Council Building (above)is formerly the Supreme Court Building. It is also located in Central, the capital of Hong Kong. The back of it is the HSBC Building.

Next to the Legislative Council Building is Statue Square. It is very well-known for being the gathering place for the Filippino maids on Sundays.  That is the reason why Central is very crowded even during the weekends.  It is nowhere like a ghost town at all.

In the square, there is the Cenotaph constructed in 1923 commemorates the veterans(including the British) in the First and Second World War that served in HK.

Although HK is no longer a British colony since 1997 , the same ceremony performed by the HK Police Force Pipe Band still continues on Remembrance Sunday which is the second Sunday in November. It is also attended by all the high government officials.

Across the street is the City Hall where the original Central library located and thousands of couples "tie the knot" every year, including one of my younger sisters.

Heading towards Admiralty way (less than 5 a minute walk from City Hall), it is the Chinese People's Liberation Army Force HK Building.

It's formerly the Prince of Wales Building and former HMS Tamar naval base during the British era. This building was very famous for its design which looks like a upside down bottle. 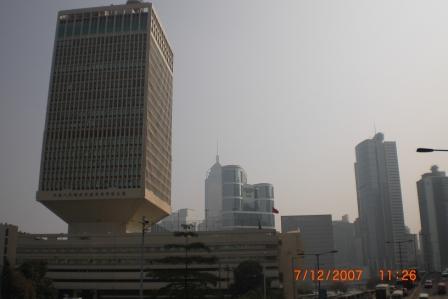 This upside down building is the Chinese People's Liberation Army Force HK Building. Former Prince of Wales Building and former HMS Tamar naval base during the British era.

The former headquarters of the Hong Kong Police Force was in the same district.

Just by the description of where all these Hong Kong government buildings are located, you would have a clear picture of why Central is called the "capital of Hong Kong" although many of them have relocated their offices. Many white collar workers love to work in Central. They feel more superior.

Many companies and banks have their headquarters over here as well.

So, pretty much, you name it, any government and company headquarters were and/or are here in this area, called the capital of Hong Kong. 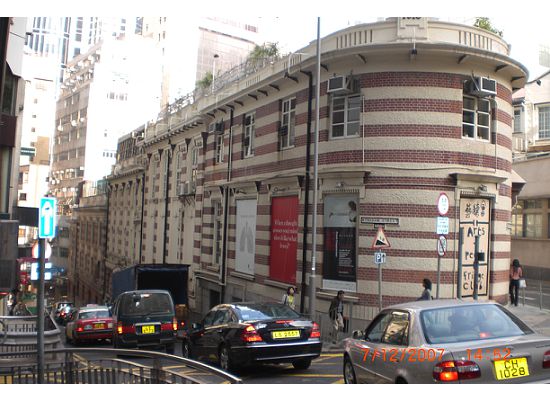 Traffic from Mid-Level to Central, "Capital" of Hong Kong. This building you see here is the Ice House, former Old Diary Farm Depot

It was the core of Central that we just walked through (virtually).

The picture you see above is at Wyndham street which is at the Mid-Level, Central.  I have been in this area and these roads many, many times for years.  Mostly by car or on foot.  All the roads you see in the picture are one-way.

During my childhood, it was by car.  My grandparents lived on top of the hill.  So, every time when we headed back home, my dad would drive by.

When I was a teenager, (well, you know how teenagers are) I loved to explore.  We checked out the pubs and bars.  Sometimes, we could get away from being checked by the security guards at the door and were able to get in.  Fortunately, we never got into trouble.

After graduated, I was still very active in this area because I taught piano part-time.  Most of my students lived around here.

I have never got tired of this place even though after all these years.  There was a long duration of time that I passed by these streets on a daily basis.

Going straight down, it will reach the core of Central, capital of Hong Kong.  There are a lot of places to check out on top of the hill of Central.  So, let's find out. 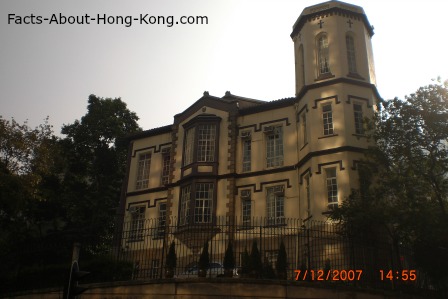 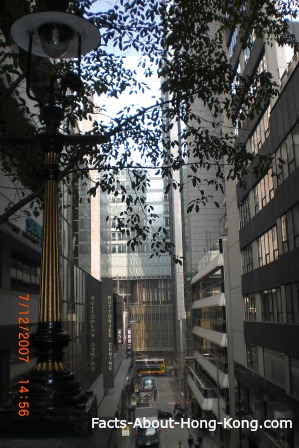 One of the 4 gas lamps in Duddell Street

If you make a right instead of going straight, you will pass by the Bishop's House which is across the Fringe Club located at the Ice House, the building you see in the picture.  Keep walking downhill, you will see a staircase.  That is Duddell Street.  It has 4 gas lamps from the 1870s.

Other than its historical background, this street is very special.  Many Hong Kong movies and TV series used this as filming location.  If you are a big fan of any Hong Kong movie stars, how could you miss that?

At the bottom of the street or hill, you will pass by one of the best luxurious shopping malls, the Landmark. 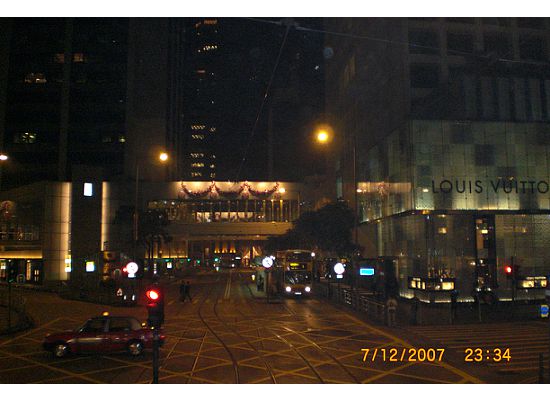 Central, Capital of Hong Kong, at night. The building on the right hand side is the Landmark Mall

Correct.  If you turn left just like what you see in the picture, you will reach to the area of the famous Lan Kwai Fong.  There are bars, pubs and fine dining restaurants.

The Soho, one of the Hong Kong food districts, is about 10-15 minutes walk away from here.

Lan Kwai Fong is like a circle.  At the other end of the circle, it is a restaurant at the corner.  You can't miss this place.  It is Yung Kee Restaurant.  This is no regular Hong Kong Cantonese restaurant at all.  It is very well-known of its roast goose.

People said that tourists in the past would come here to buy a roast goose and take back home.  Therefore, they are also called "Flying Roast Goose".

I have been this place many years ago.  It was very pricy.  But the roast goose was not as exceptional like everybody said.

We just saw the famous roast goose restaurant, Yung Kee.  Turn left at that corner, we are at the Wellington Street.  We are walking uphill now.

Along the street, you will see a lot of antique stores.