I went to visit the Hong Kong Railway Museum twice in my life. The period between these 2 visits is about 25 years apart from each other. 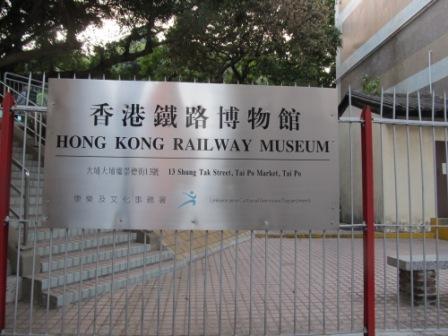 Believe it or not, I have that same feeling during these 2 visits. It is a very small museum.

The first visit was the year when I was in grade 9. It was a school trip lasted for at least 4 hours. I was sure that I was ready to leave after 30 minutes in the museum.

The second visit was in Oct 2012. We made this special trip because of my son's passion of his "Choo Choo" train. Thanks to my sister driving us over there.

The museum didn't change much, but the surrounding areas. Back then, Tai Po was still very isolated. To many Hong Kong people, it was the countryside. Traffic was not that convenient like nowadays.

Although I still saw some old buildings on the way to the Hong Kong Railway Museum, there are more modern buildings.

Stepping into the yard of the museum, the station building is right in front of you. Turn slightly right, there is a section of the rail preserved. You can see some old trains at the end of the rail.

The Hong Kong Rilway Museum was the Old Tai Po Market Railway Station. But what made the Hong Kong government preserved this station?

When all the stations were built along the railway to the standard design, the Tai Po Market station was built in Chinese style. It completed construction in 1913. 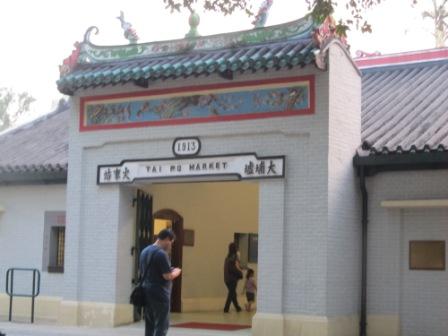 The Chinese construction of the old station in Hong Kong Railway Museum. You will see it as soon as you step into the yard of the museum.

Inside the former station building, it has the old setup of the office where people used to buy tickets and the equipment which the operators used for the railway traffic in the past. 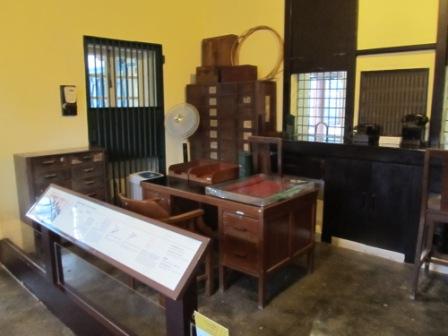 The old box office in the old train station 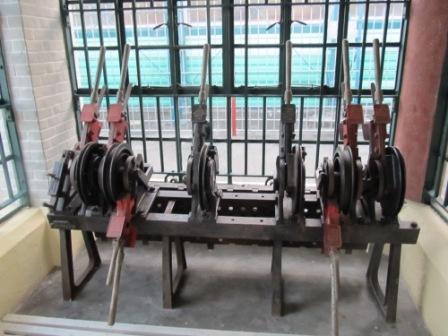 Compared to 25 years ago, there is a new section in the building. It shows the developmental history of the Hong Kong railway system. The most important of all, it shows how it is going to expand in the future, especially after the merge of Hong Kong MTR and the KCR (a.k.a. Kowloon-Canton Railway). 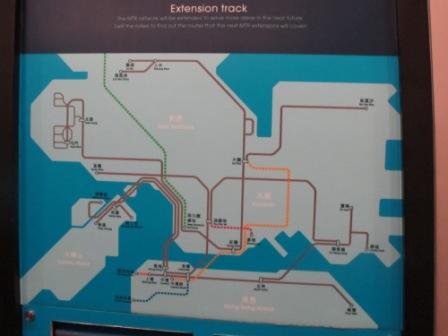 Behind the building, you still can see and hear when the train passes by.

Stepping out of the building and walking towards the direction of the trains, there was another building preserved. It used to be the platform of the station. 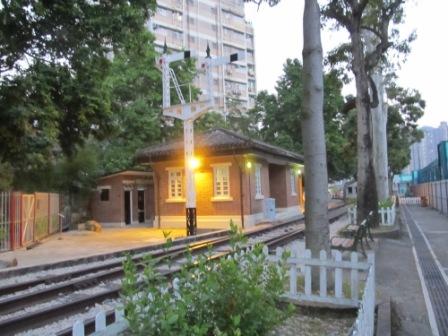 The old platform, semaphore signals and part of the preserved rail

You are welcome to step into the trains to check out how they looked like in the past.

My family has been living in the Hong Kong Island for years. So, the only time we step into a train is when we take a trip to Mainland China. And only limited to Shenzhen and Guangzhou.

On the way walking towards the old trains, I saw many parents having their professional cameras taking pictures of their kids. I guess it is a very good spot for photo shoot.

My 3-year-old son was so thrilled about seeing the real trains this close without his mom and dad restraining him from geting
into danger or trouble. 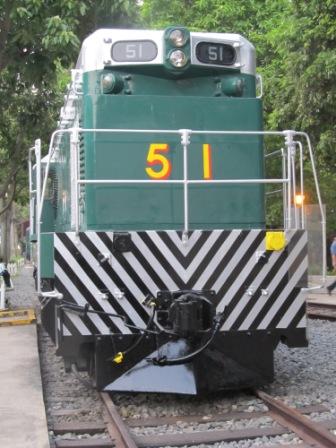 One of the old trains preserved in the Hong Kong Railway Museum. Feel free to get in there to check out the setup in the past

There was a train did remind me a trip going to my father's hometown, Chiu Chow (my dad's hometown cuisine is very popular in Hong Kong, check out our Chiu Chow food page), where he was born. I was about 11 years old.

The seat of the train was not comfortable. of course, throughout the trip, you had to sit most of the time. Otherwise, you got to hang on tight from falling.

I still remember the food in the train was cold and rough. Back then, there was no air conditioning in the train either. I don't know why I could remember all of these so well. 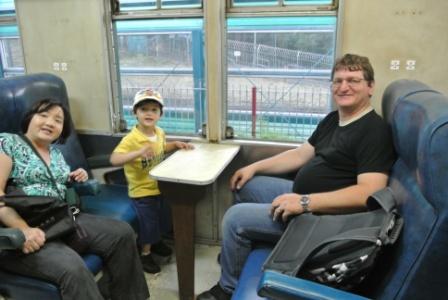 We were all smiling happily when we took this picture. But believe me, when I was in the train like this heading to Chiu Chow, it was not that much fun.

The history of the Hong Kong Railway system did come a long way.

We were in the Hong Kong Railway Museum about 30 minutes and left right before their closing of the day.

In my opinion, if you have somewhere to visit in Tai Po, you may swing by. Or, I don't think that it worths a special trip over there.

You can literally see the whole museum just browsing all the pictures here or photo album on our Facts-About-Hong-Kong Facebook page.

Direction: Get off at Tai Wo MTR station and follow the sign along the
way
Opening Hours: 10:00am – 6:00pm daily
Closed at 5:00pm on Christmas Eve and Lunar New Year's Eve
Closed on Tuesdays (except Public Holidays) and on the first two days of Lunar New Year
Fee: FREE