We went to the Hong Kong Museum of Coastal Defence after visiting the Law Uk Folk Museum. It is formerly known as the Lei Yue Mun Fort which played a significant role in the History of Hong Kong, especially during World War II. Before heading over there, I expected almost nothing. But my younger sister, Bonnie, said that it is a great place to check out which made us go ahead and make a special trip over there. And what a trip....I will go there again. 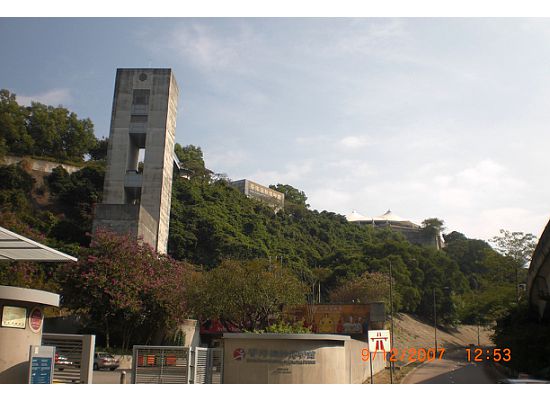 After getting off the MTR , we followed the signs on the street to get to the Hong Kong Museum of Coastal Defence. On the way in, we still saw some Mom and Pop ship repairing businesses. This industry was once very prosperous throughout Hong Kong history. The bottom picture below shows the Shau Kei Wan Wholesale Fish Market. You can definitely smell the fish. 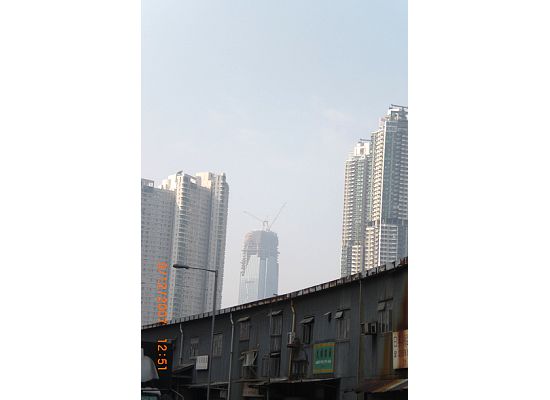 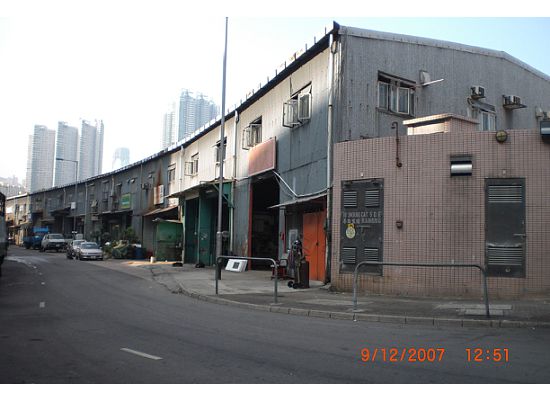 Shipyards next to the Shau Kei Wan Wholesale Fish Market 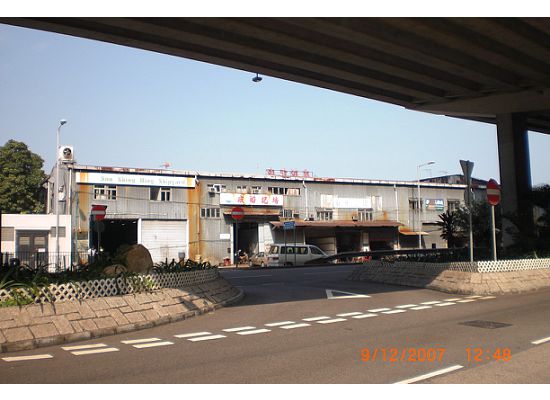 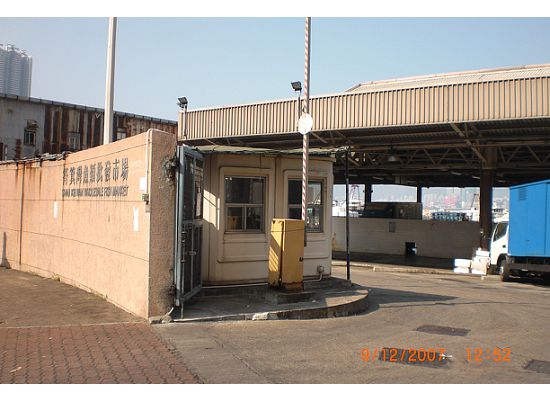 We found the building easily because there was a special exhibition that had a HUGE banner on the Hong Kong Museum of Coastal Defence. We did not find out until later that this museum always has some type of special exhibitions on a regular basis. And my sister makes special trips over here to check out these special exhibitions. When we were there, it was the exhibition of the "Eight Banners", an army from the time of the Qing dynasty.

Not long after getting into the main entrance, there were 5-6 tanks. The building of the museum was a fort so it is located on top of the hill. We walked up the slope and got into the reception block where you will take an elevator to the museum building. At the reception, you need to pay HKD10 as an admission fee. 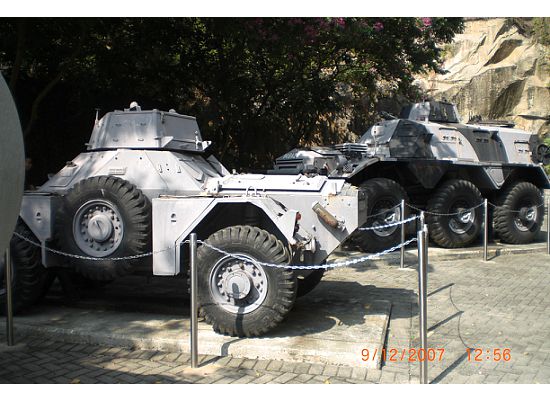 Tanks at the entrance 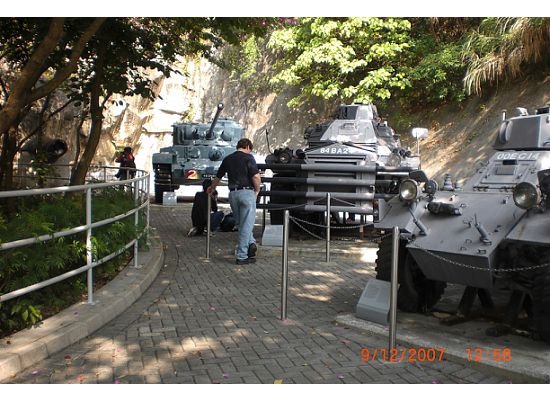 More tanks at the entrance 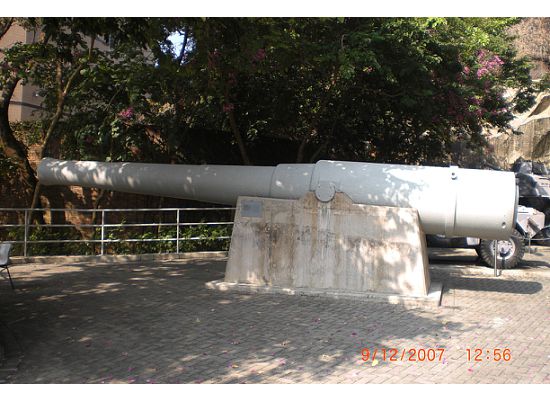 Cannon at the entrance next to the tanks

Getting out of the elevator, there is a bridge connecting to the museum building. The bridge itself is semi-transparent. You can see the mountain under your feet. If you are afraid of heights, just keep looking straight ahead. Otherwise, you can't get into the museum. You don't have to come back out through this bridge (will tell you later why).

As soon as you cross the bridge, turn your head back and look at the harbour behind you. The elevator does block some sights.But imagine how it must have looked in the past without any blockage. At this point, you may understand why this was a fort before. It does have a very good view of the Hong Kong Victoria Harbour. 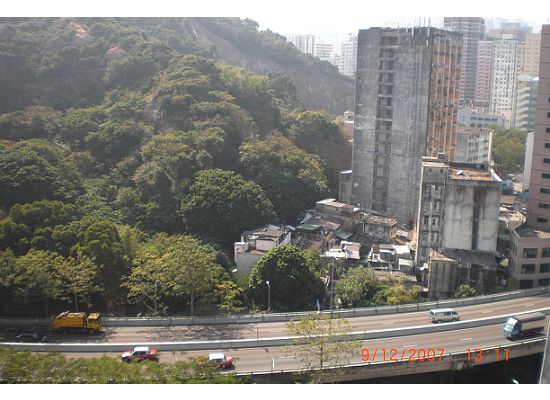 The view of the highway, Island Eastern Corridor from the bridge towards the museum 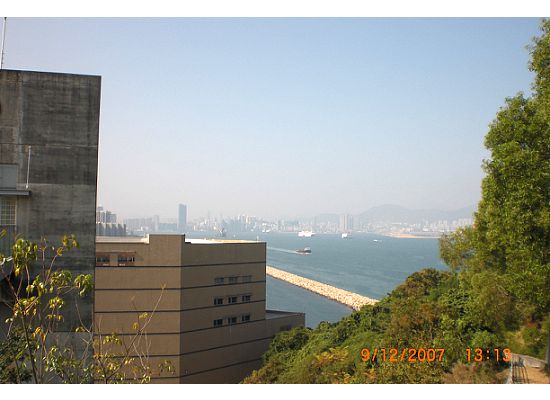 Turn your head after crossing the bridge. This is the view you can see 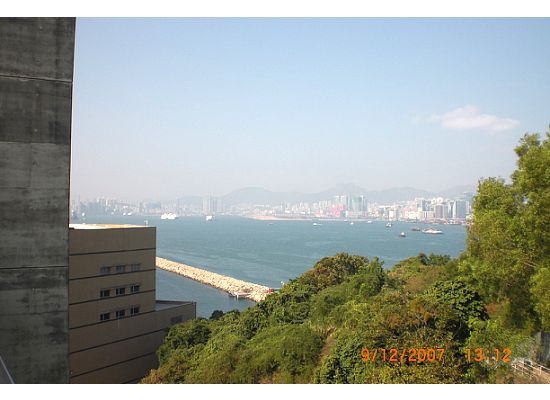 Another view of the harbor with the wider view

Before stepping into the museum, there are storage spaces where the weapons were stored. Plus, there were some other artifacts. 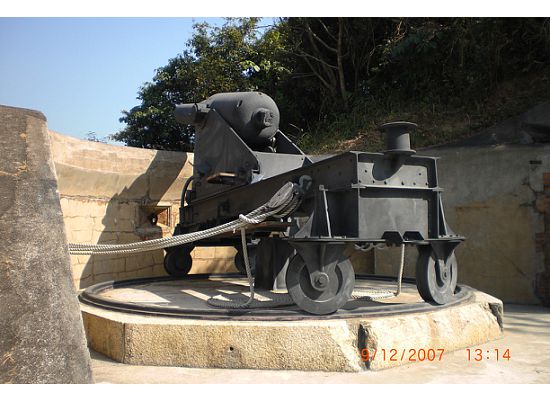 Cannon on the way toward the museum building 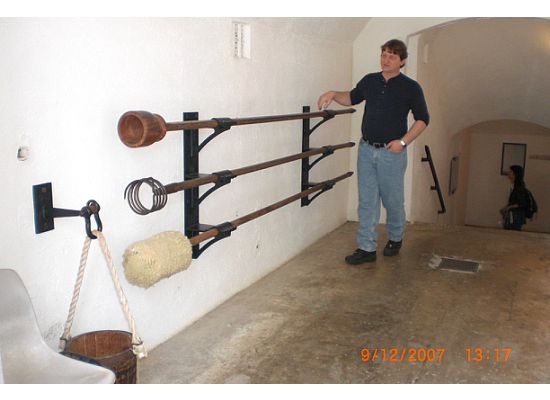 Underground magazine on the way towards the museum building 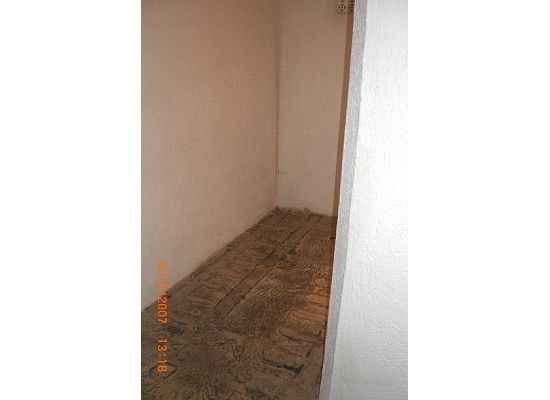 Another section of the underground magazine

We finally went into the Hong Kong Museum of Coastal Defence building. It is a BIG redoubt courtyard right in front of us. Photography is prohibited inside the museum.

There are 2 stories. You still can see how the old structure of the fort was. Turning to your immediate right, it showed you the coastal defence history of Hong Kong and China. Each gallery represents different periods of time.

As you walk, you can also see the layout of the fort before. There are documentaries, videos and relics. The exhibition rooms are in the order of the history time line. So, keep following the path set in front of you.

After that, we went upstairs where the special exhibition was. Back then, it was for the army uniform in the Qing dynasty.They were called the "Eight Banners". The display of the uniforms was more attractive than anything else in the museum, in my opinion.

Then, we went to a smaller exhibition room, it shows the archery traditions of Asia. There were over 200 historical bows, arrows and figurines related to archery, such as military issue heavy crossbow mechanism in Western Han dynasty (206BC - AD8).

Paintings depicting candidates of the Qing imperial military examination shooting arrows on foot, iron arrowheads with bone whistles and more. It impressed Perry so much. He loves archery. We most probably stayed in that exhibition room the longest time compared with the others.

It showed several bows used in China and how they shot with thumb-rings. Plus, it tells about a company that has been making bows in China for almost a century. Perry said that his next bow will be bought from this company.

You can keep walking towards the other end of the museum and get out to see the other side of Victoria Harbour. At this point, you may get lost, too. So, please stick with your company. You can find a little cafe over there. If you want to have a break, just do it now 'cos it's not over yet.

The following 3 pictures were taken at the other end of the museum. You can see Victoria Harbour from many different angles: 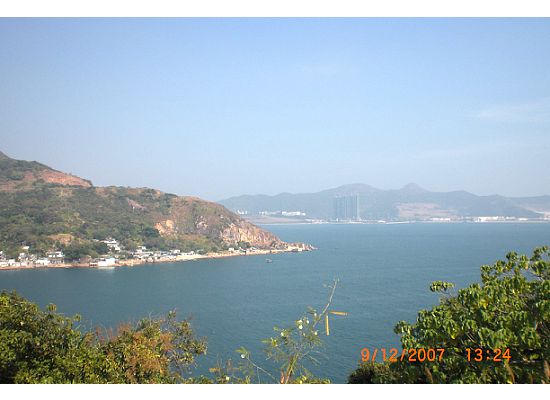 Viewing the Victoria Harbour from the other end of the museum 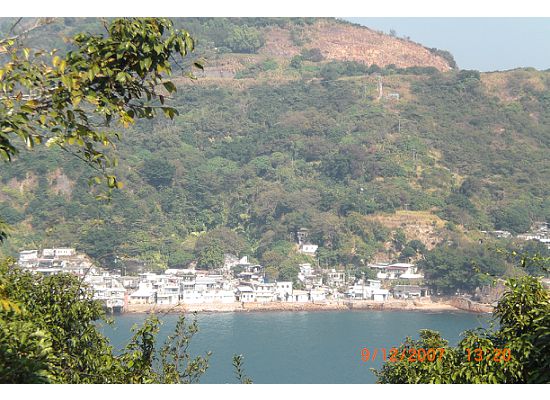 Viewing the Victoria Harbour from the other end of the museum. Look at these old housing 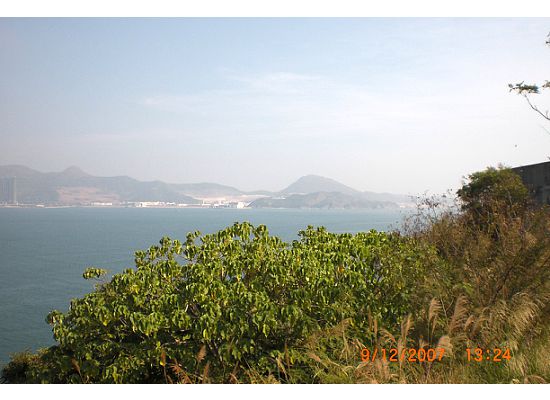 Getting out of the Hong Kong Museum of Coastal Defence (the entrance and exit is at the same place), turn left is a historic trail where you can walk back downhill instead of crossing the bridge again.

We stayed there so long that the museum was closing for the day. So, we didn't have any chance to walk on the trail. According to my sister, there are many historic relics along the trail which may take up to an hour to get back downhill.

On the way back to the MTR station, we walked onto another street which was parallel to the one that we headed towards the museum. There are many Mom and Pop stores serving noodle bowls. Many of them claim that they serve the best fish ball rice noodles bowl which is one of my favorite Hong Kong Domestic/Street Foods (coming soon - link to Hong Kong domestic street foods page).

We stepped into one of them. Compared to the place where I used to go all the time, it was ok. But Perry happened to see that they served coke in glass bottles. Ummmmm......that helped to kill the thirst.

What a wonderful trip going to the Hong Kong Museum of Coastal Defence. The building and relics told the stories of why Hong Kong was so important to the British.

When I go back to Hong Kong next time, I will definitely go back to visit the Hong Kong Museum of Coastal Defense again, at least to check out the trail that we missed last time.

To plan on this trip, allow at least 3 hours. Some people may take longer than that, especially for museum-goers, like my younger sister.

For more details, check out the Hong Kong Museum of Coastal Defense website.

Shau Kei Wan MTR Station Exit B2; walk towards the harbor along Shau Kei Wan Main Street East; when you see the highway which is called Island Eastern Corridor, cross the road to get on Tung Hei Road